How to Channel Real Life Experiences into Artistic Creativity

How to Channel Real Life Experiences into Artistic Creativity

Meet Natasha Kozaily, singer/songwriter from San Diego. Natasha channels her artistic creativity to write, record, and perform music under the moniker NATULA. She calls her music “third-culture pop” as a nod to her third-culture identity, which leads her to explore elements of traditional folk music in a pop context. She also runs the Kalabash School of Music and the Arts in La Jolla, California, where she teaches music and inspires students to write their original material. Natasha founded and fronts for Baby Bushka, an all-female, eight-piece Kate Bush experience.

Recently I had a chat with her about what sparks her creativity and inspires her live performances as an artiste. Here are highlights from that interview.

What Inspired Her Latest Album?

Natasha describes it as a personal album and her way of dealing with the grief caused by the passing away of Nina, one of their band members. Writing and singing about what she was going through at the time was very therapeutic and cathartic for her and was her way of processing everything that she was experiencing.

Natasha also published Nina’s artistic material, both her poetry and songs, creating a website as a tribute to the departed band member. “I felt like I couldn’t move forward until this had been done… she was amazing, people should learn about her,” are Natasha’s sentiments.

What is Natasha’s song-writing process?

“I got through waves where I feel extra-creative with the original music, and then there’s times where I feel like I’m absorbing more and taking in the inspiration.”

As is the case with most artistes, song-writing is cyclical for her. “It’s based on the emotional currents happening in my life,” she says, although she admits that writing her own songs often takes a back banner because she’s got so many other projects going. However, she likes to set aside a chunk of her time every once in a while to record music, like she did with her latest album recording.

Does she wait for inspiration, or does she proactively seek out song-writing ideas?

It’s a mix of both. “The original music either starts with me singing in the car and recording voice memos, or it’s me sitting by the piano feeling really emotional,” she says. Some songs are left unfinished until the actual album recording. She admits that she gets some of her inspiration from listening to other musicians’ songs.

How does she conceptualize her live performances?

“I feel like more and more; my creativity is morphing into this conceptual, performance-driven art… it’s not just about recording the album; it’s more about the concert and the whole experience I can create for the audience,” is how she puts it.

She finds her experience streaming live concerts online fulfilling because there was so much preparation involved beforehand, yet she didn’t feel in touch with the audience at the end of it.

“Feeding off the audience and the energy, the dialogue, and the communication is one of the most important things for me when performing,” she says.

Although she likes performing in live concerts, she only does this once every six months or so because she wants to create more of an impact. She says she rarely does her concerts the same way twice and believes she gets sell-out crowds because she spaces them out more, giving herself and the band enough time to prepare well.

“Making people want something is an important part of the whole thing,” is her approach when doing live performances.

Never Underestimate The Influence of a Choreographer

Leveraging Your Talent to Remain Versatile In the Music Industry 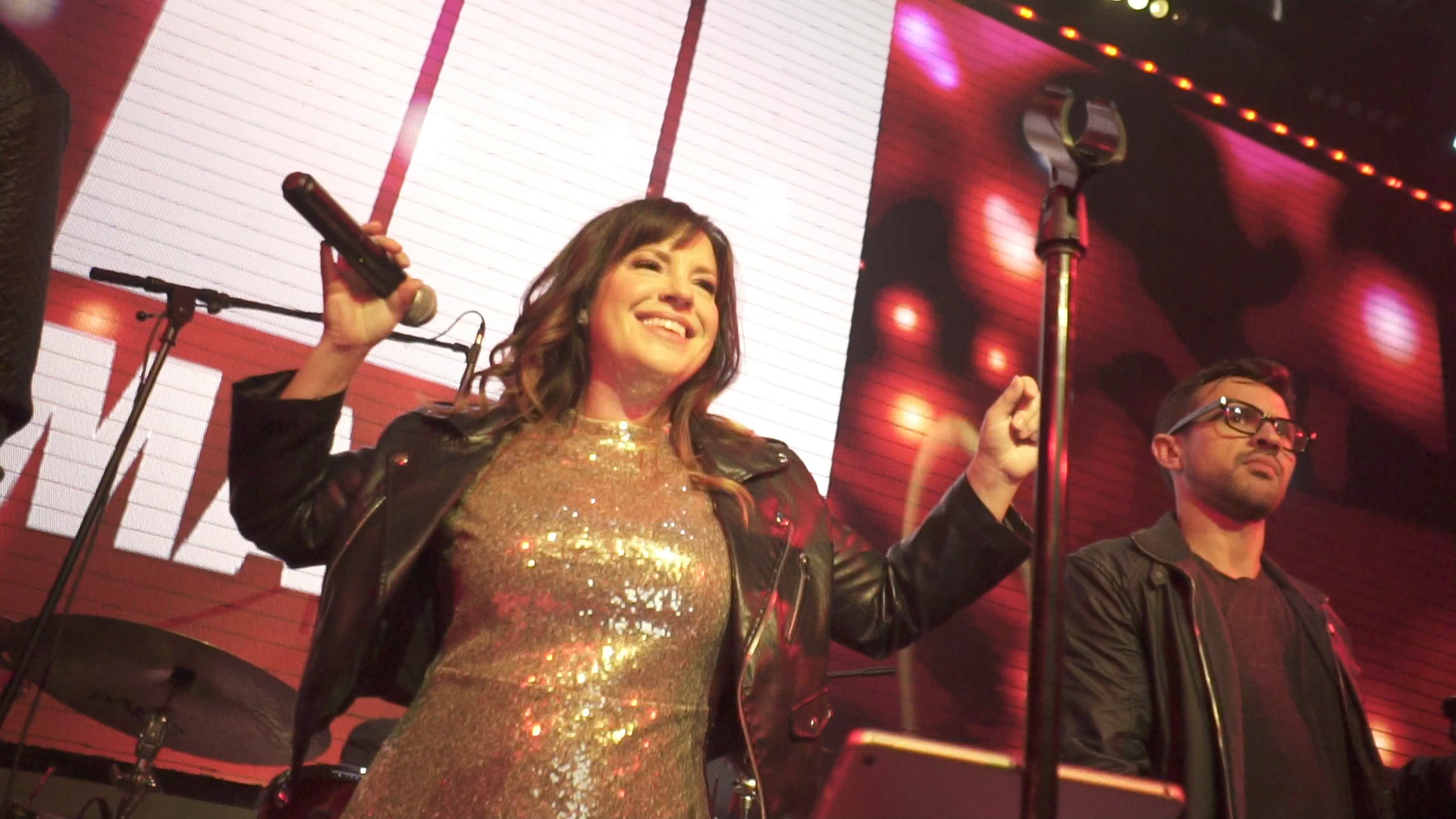 Poway Summer Concert in the Park with The Mighty Untouchables

10jul5:30 PM7:00 PMPoway Summer Concert in the Park with The Mighty UntouchablesOpen to Public 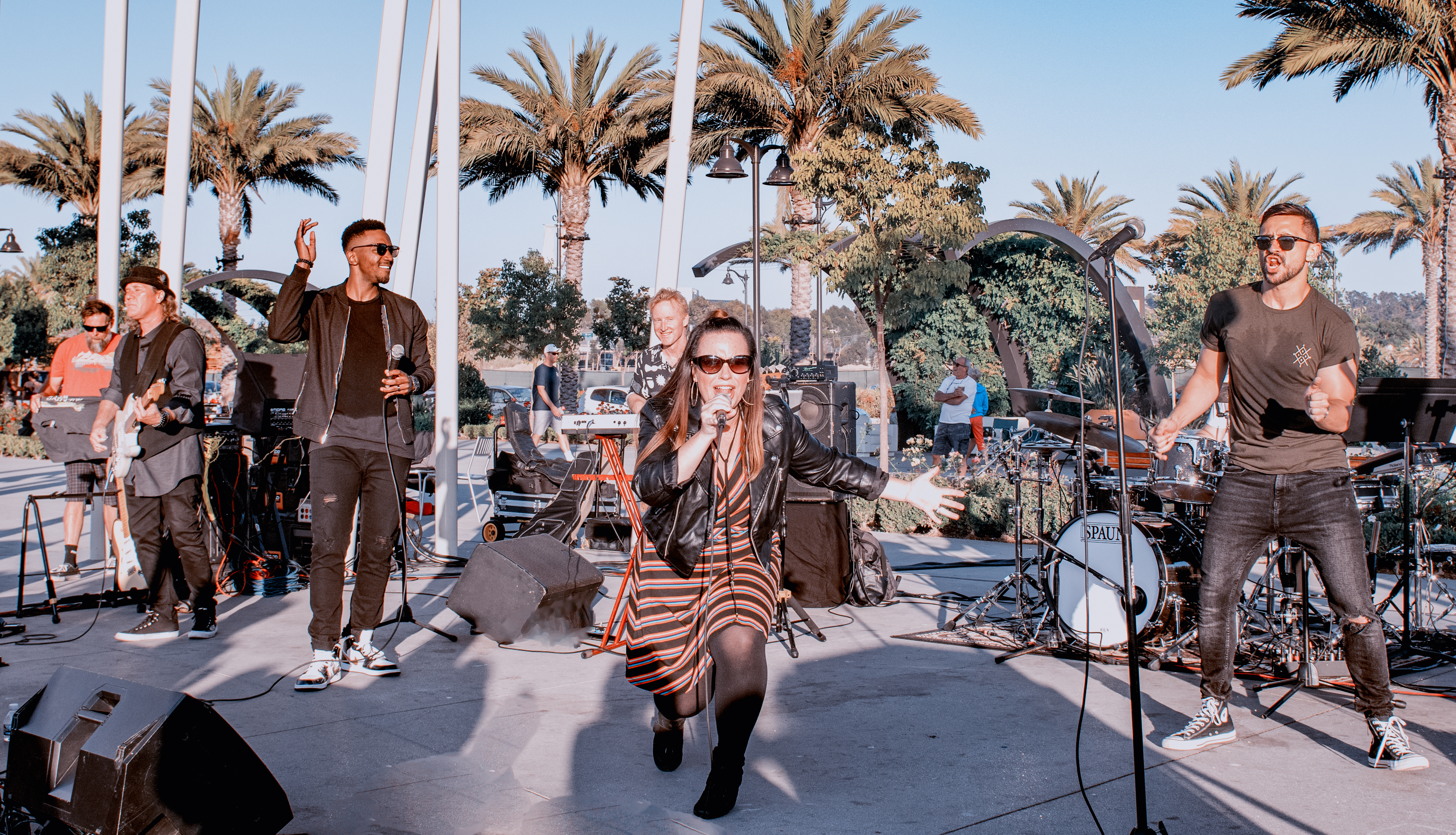 The Mighty Untouchables are a supreme mix of musicians and singers who entertain throughout the world, and are guaranteed to please audiences of all tastes with their extensive and diverse

The Mighty Untouchables are a supreme mix of musicians and singers who entertain throughout the world, and are guaranteed to please audiences of all tastes with their extensive and diverse collection of material. The Mighty Untouchables offer everything from Motown to classic rock, along with Latin, country, current pop hits, and much more. Some of the best local entertainment and summer fun returns to Poway with the Summer Concert Series! Please arrive early to secure a spot in front of the stage. *COME HUNGRY we will have Food Trucks offering food for purchase* Bring your blanket or chair and have a great time with family and friends. For more information call 858-668-4772. 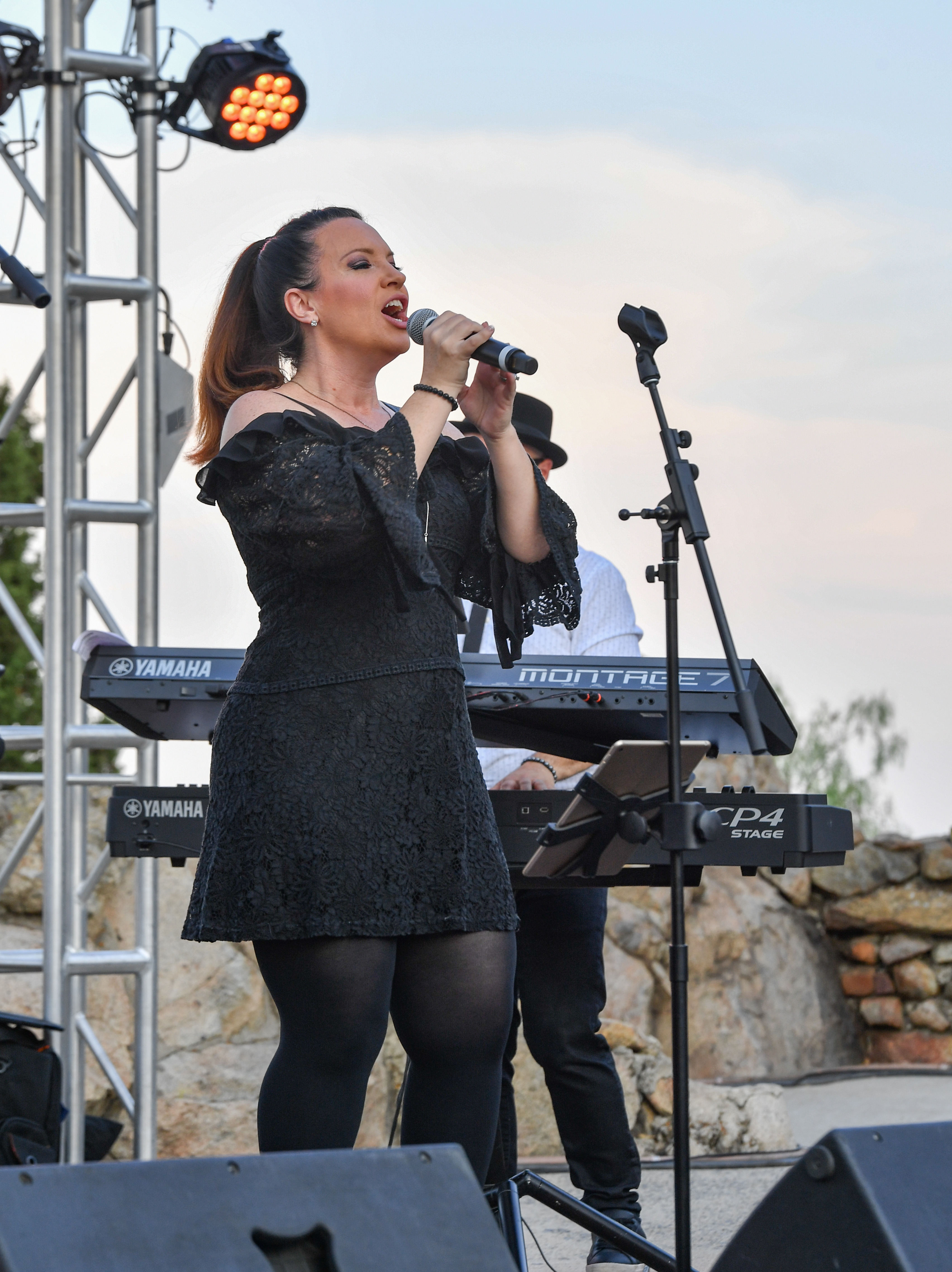 Summer Twilight Concerts bring together friends and families to 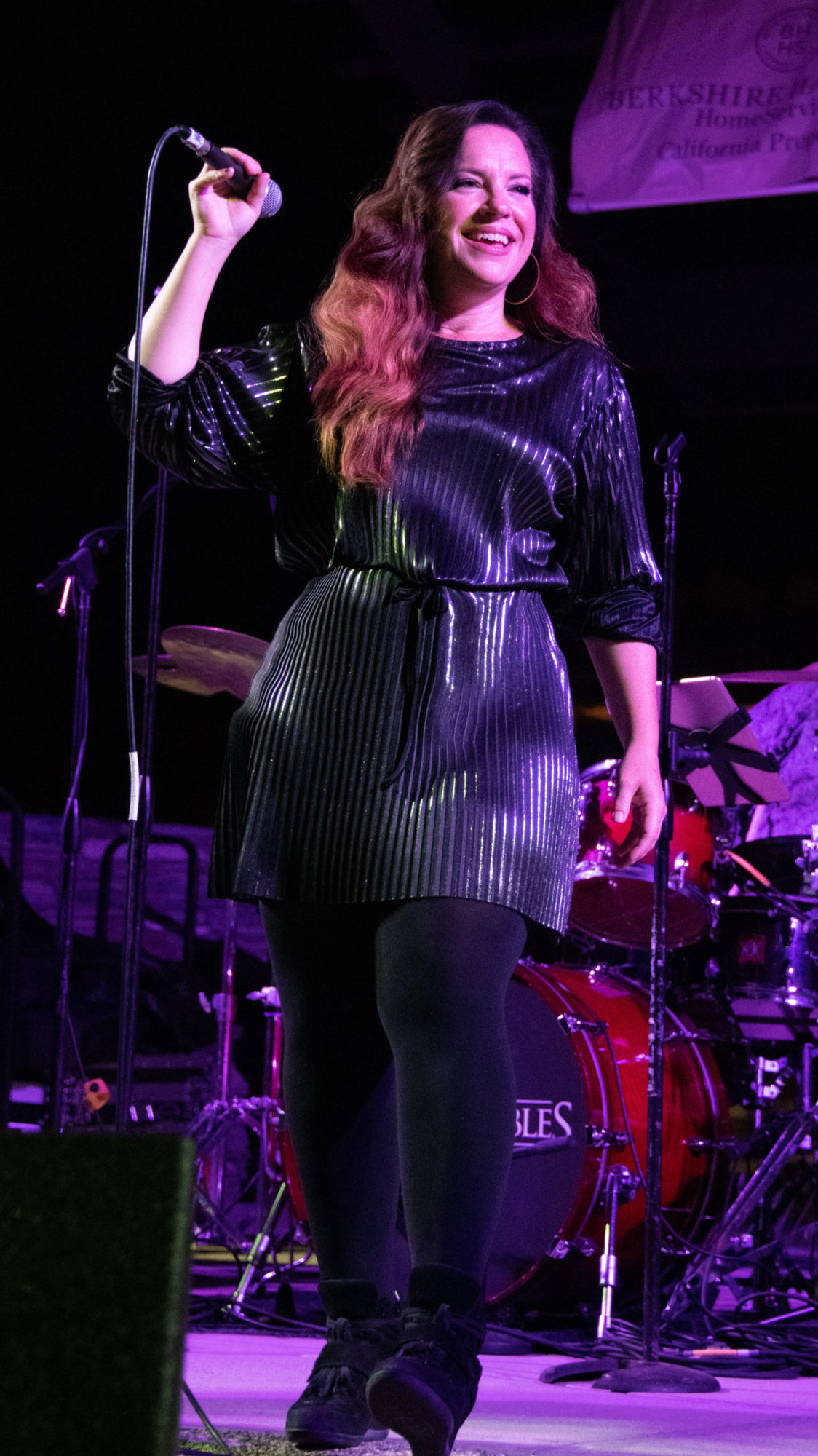 Bring a blanket and lawn chairs, pick up dinner and treats from our food trucks and enjoy an evening of music in the park. Food Trucks: Will be announced closer to the event

Bring a blanket and lawn chairs, pick up dinner and treats from our food trucks and enjoy an evening of music in the park.

La Jolla Concert in The Park with The Mighty Untouchables

24jul3:30 PM5:30 PMLa Jolla Concert in The Park with The Mighty UntouchablesPublic Event

The La Jolla Kiwanis Concerts by the Sea has been an annual community summer tradition since 1984. These free Sunday afternoon concerts are held at the Scripps Park at La

The La Jolla Kiwanis Concerts by the Sea has been an annual community summer tradition since 1984. These free Sunday afternoon concerts are held at the Scripps Park at La Jolla Cove – one of California’s most beautiful outdoor venues – and showcase some of the best SoCal and San Diego bands. Whether listening or dancing, these family-friendly concerts make Sundays in the park the place to be!

Concerts by the Sea

La Jolla Concert in The Park

La Jolla Concert in The Park

La Valencia with The Mighty Untouchables 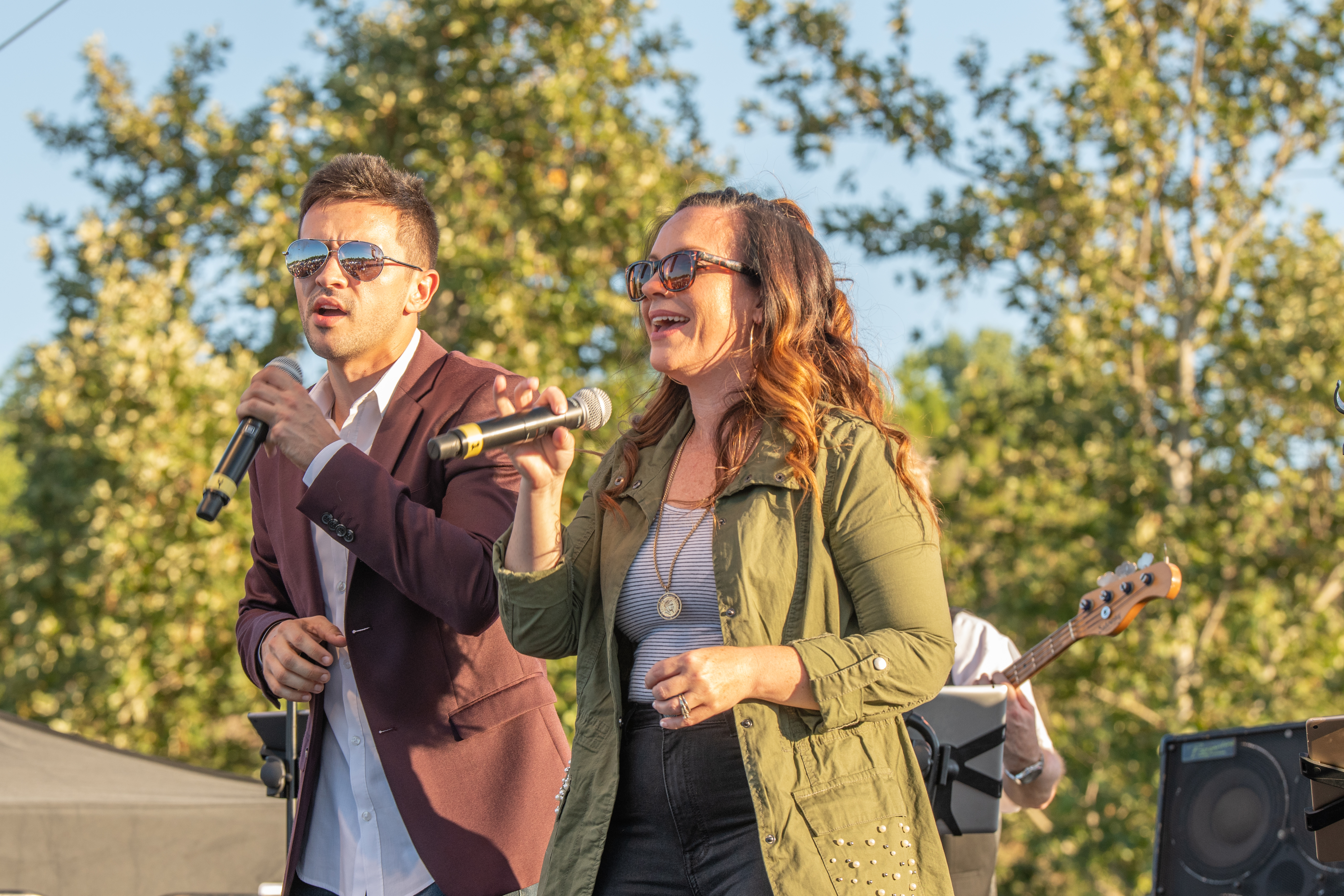