Meet Clay Colton, leader of the Clay Colton Band. They play an eclectic blend of Classic Rock Covers, Alternative Rock favorites, and authentic Americana/Southern Rock. They’ve invented their own sound that is at the heart of American culture. It’s simple, play rock, with any adjective you prefer to put in front of the word. He also fronts a 1950s Rock ‘n’ Roll project, The Jukebox Kings. You’ll normally find him performing up to five nights per week at a San Diego venue but for now, Facebook live concerts. Clay’s also working on a new album which he plans to release online.

In the Pandemic-Proof Singer Series, Episode 19, I had a great talk with him about live streaming and connecting with your audience. Here are the main ideas that Clay had to share on staging a successful Facebook Live Concert.

Clay admits that he watched and learned from an artist who’s currently getting 30,000 hits per session to help him make his own Facebook live concerts more successful.

2.   Connect with the people who are watching – all they really want is to feel like they’re part of the show.

Clay believes that when people feel like they’re being seen, that’s what’s thrilling for them. His advice is, “Make it a show. Don’t just put your camera on and play some songs, connect with the people who are watching. Make them feel like they’re in the room with other people.”

It’s also good to acknowledge the people who are watching. If you can mention some names, the better.

Clay calls his show the “Colton Pub” and creates an atmosphere that matches the theme. He says he acts like he’s in a pub setting and tries to make his show an environment for everyone to hang out and not just something to watch or listen to. “If you have other people in the room with you, it’s good to introduce your audience to them,” he says.

Clay started his Facebook live concerts using just his iPhone, then later added an iRig to connect to his sound system. However, he always makes sure he’s checked the sound quality. If it sounds good to him, he’s sure it’ll sound good to the audience. However, he has nothing against taking your video and audio recording a notch higher. He admits to having had a great experience playing at the Belly Up Tavern, where there were six different cameras in use.

5.   Use live streaming as an opportunity to introduce your audience to your own music.

Apart from doing cover songs, there’s great value in familiarizing your audience with some original tracks. Clay uses Monday night, to play his own songs. He calls this session “Colton’s Coffee Hour.”

6.   It good to be up to date with new technology that helps with live streaming

Although Clay admits he hasn’t tried any of the low latency platforms like JamKazam and Soundjack for live streaming of music, my own take is that it can work for you if you have the patience. There’s a lot of back and forth testing that needs to be done between users in different locations for the sound to come outright. 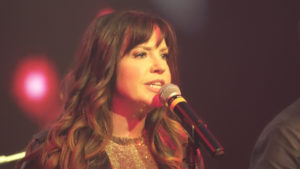 How to be an Antiracist in Art and Life